Birder’s Notebook by Bob Andrini: 2 July Entry. I have occasionally referred to birds being parasitized by the brown-headed cowbird.  Let’s take a closer look at these birds. The brown-headed cowbird does not make its own nest, so it will wait until a host species starts laying eggs, and then they will go in and get rid of one of the host eggs and lay its own. In most cases the host species does not recognize the foreign egg, but in a few cases, they do and will do something about it. The ‘foster parents’ will now raise the cowbird as its own (see photo below). Cowbird eggs are a little larger than most host eggs and will hatch before the nest siblings. This being the case, they will already be taking food before the others, and therefore will be bigger than their nest mates. The bigger cowbird chicks may actually push the host babies out of the nest.

The scientific name of the brown-headed cowbird is Molothrus ater: Molothrus from the Greek meaning greedy beggar, and ater from Latin meaning black or dark colored.

Field marks for the brown-headed cowbird include conical bill, square tail. The male shows dark body with brown head, while the female is overall a pale brown bird.  Photos by Bob Andrini. 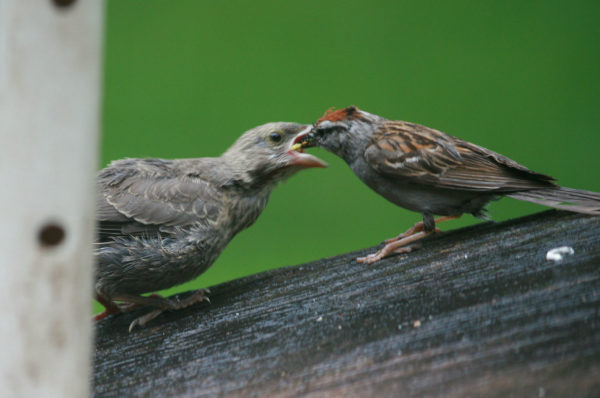 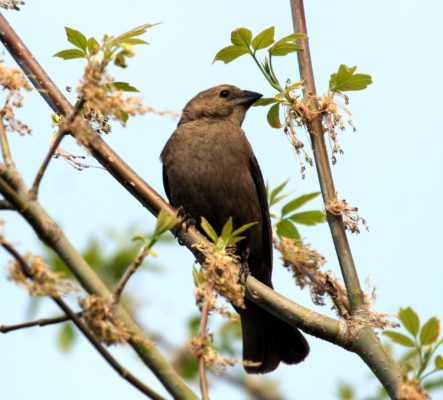 Cowbird being fed by foster parent.