After breeding, young egrets from the south will head north, hence we see many of them in our area in mid-summer. They were aggressively hunted for their breeding plumes (an ounce of plumes were worth more per ounce than gold) and as a result, conservation efforts were developed to outlaw the hunting of the species.

Herons and egrets hold their necks folded back while they fly giving them a prehistoric appearance. Field marks for the great egret include black legs, all white body and yellow bill (during breeding time, they will have a greenish patch by the bill. 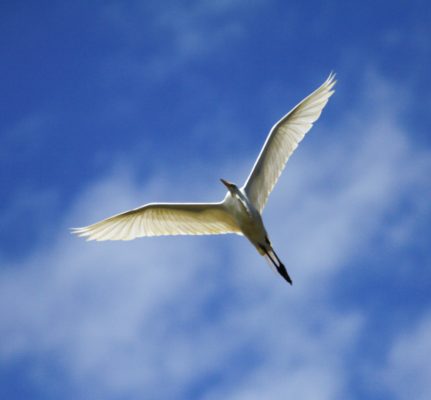 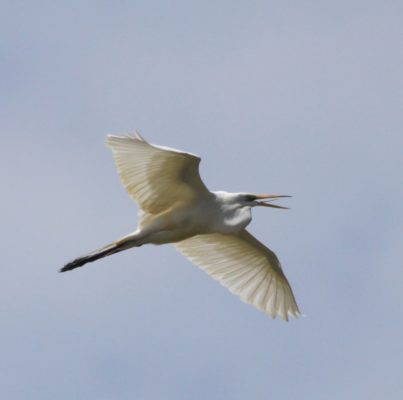 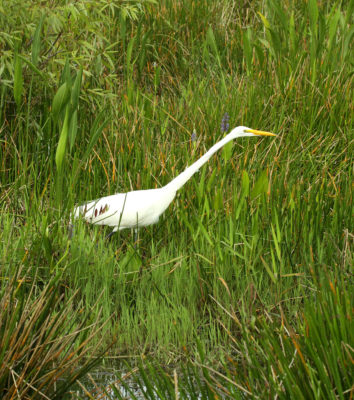