Birder’s Notebook by Bob Andrini: 29 October Entry. I can’t talk about fall migration without mentioning the dark-eyed junco. They visit us for the winter when the weather changes up north.  What causes them to head south could be many factors: the angle of the sun; changing amounts of sunlight: food source being depleted: could be multiple of factors. Whatever the cause, they start showing up in October and tell us that the fall birding season has arrived.

The plumage of the dark-eyed junco has been described as “laden skies above, snow below”. Some people call them the ‘Snow-bird’, for that is when they typically appear (or are noticed). In fact, Anne Murray recorded a song called ‘Snowbird’ in 1960’s about these birds.

Since they come and stay in the same area all winter, they establish a hierarchy (with more dominant birds chasing their subordinates) – this winter watch to see if you can see such a pattern.
Field marks for the dark-eyed junco include: gray overall except for white lower belly: white outer tail feathers; pink bill. Often as the birds fly away, they will display their white outer tail feathers. Males will usually be darker than females 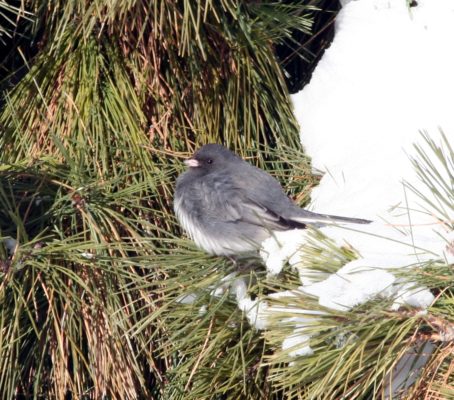 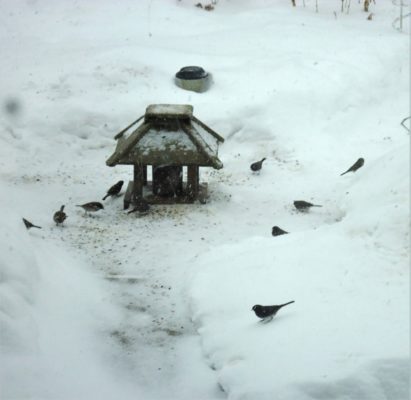 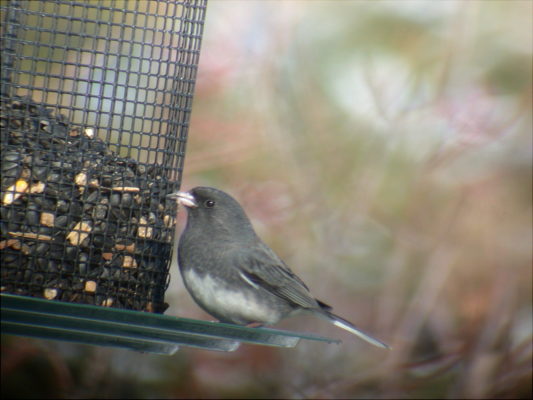