These small (8 – 9 inches) are year long residents in Illinois, but rarely seen – very secretive and nocturnal. The usual way we find them is to hear their horse-like ‘whinny’ usually occurring after dark. They are the smallest ‘eared’ owls we find in our area.

Unusual for owls, there are 2 color variations (morphs), red and grey morphs. They may be found in areas of deciduous forests, but sleep during the daytime in cavities, or even nesting boxes that have been set up for them. They have asymmetrical ears (one higher than the other) that allow them to find prey by sound. 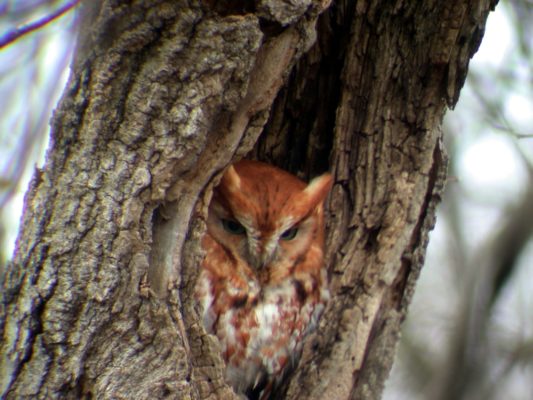